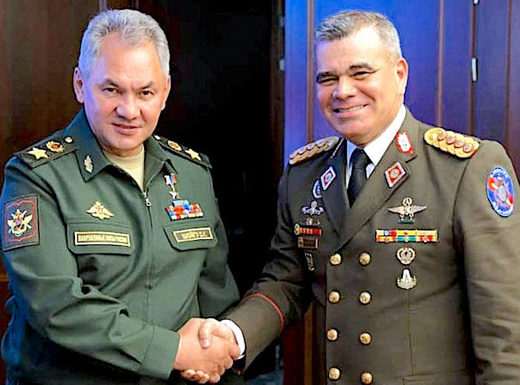 Russia is the strongest supporter of Venezuela’s independence. The Russian military personnel, although officially not deployed to the country, are there as advisors. Apart from humanitarian aid, loans, help with the reconstruction of Venezuela’s aging oil industrial equipment, etc, Russia also sent military advisors to help Venezuelan troops in setting up an integrated air defense network, aimed at deterring Washington’s aggressive actions, especially the use of airpower to force Venezuela into submission. The post-Cold War experience has shown the importance of advanced air defense systems. Yugoslavia, Iraq, Afghanistan, Libya, and Syria learned this the hard way. However, Venezuela has another key issue. It has to do with its long stretches of coastline, as well as with the proximity of the US mainland, especially with America being a premier naval power. Unlike the upgrade of the Venezuelan Air Force and Air Defense Forces, this issue was not addressed properly. Until now….
Source: Moscow signs warship treaty with Caracas