More than 4m in UK are trapped in deep poverty, study finds 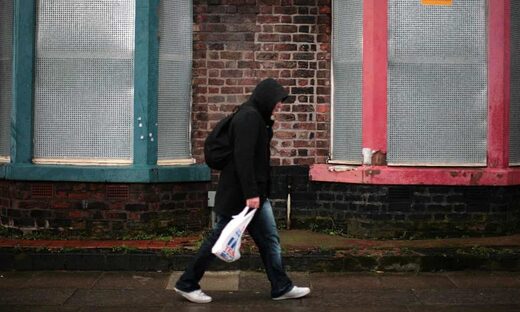 More than 4 million people in the UK are trapped in deep poverty, meaning their income is at least 50% below the official breadline, locking them into a weekly struggle to afford the most basic living essentials, an independent study has shown. The Social Metrics Commission also said 7 million people, including 2.3 million children, were affected by what it termed persistent poverty, meaning that they were not only in poverty but had been for at least two of the previous three years. Highlighting evidence of rising levels of hardship in recent years among children, larger families, lone parent households and pensioners, the commission urged the new prime minister, Boris Johnson, to take urgent action to tackle growing poverty.
Source: More than 4m in UK are trapped in deep poverty, study finds