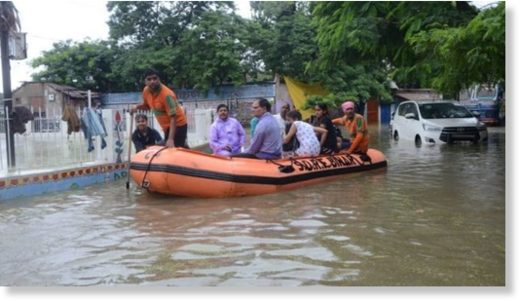 More than 100 people have died due to flooding caused by heavy rains in the Indian states of Uttar Pradesh and Bihar, officials have said. Dramatic images of the impact of flood water on urban life have been coming out of the affected areas. Railway traffic, vehicular movement, healthcare services, schools and power supply have been disrupted in both states, officials said. An Uttar Pradesh government report said 93 people have died since Thursday.
Source: More than 100 dead in fresh India flood chaos in Bihar and Uttar Pradesh, India