May 28, 2019
More Chinese medical supplies arrive in Venezuela as part of bilateral agreement 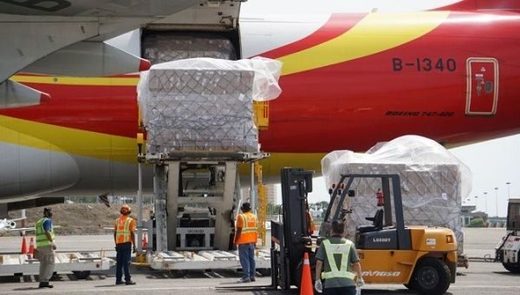 As part of a bilateral agreement, several shipments have made their way to the South American country since the end of March. A total of 69 tons of medicines and health supplies sent from the People’s Republic of China arrived Monday in Venezuela, adding up to the previous 200 tons that have been sent in the past. The first similar shipment the Bolivarian Republic received from China, sent on March 29, consisting of 65 tons of medicine – while this delivery was mislabeled as ‘military’ support to the Government of the Bolivarian Republic. On May 13 and 16, respectively 71 and 64 more tons were sent.
Source: More Chinese medical supplies arrive in Venezuela as part of bilateral agreement