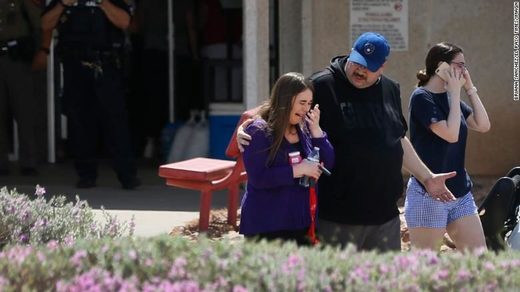 In the aftermath of the mass shooting in El Paso, Mexican Foreign Minister Marcelo Ebrard posted a video on Twitter, promising to take legal action against the United States for failing to take measures to protect Mexican citizens. Twenty people were killed at the Walmart in El Paso on Saturday morning, of whom three were Mexican nationals. Nine of the 26 who were wounded were Mexican citizens, according to NBC News. “The president has instructed me to ensure that Mexico’s indignation translates into … efficient, prompt, expeditious and forceful legal actions for Mexico to take a role and demand that conditions are established that protect … Mexicans in the United States,” Ebrard said.
Source: Mexican FM threatens legal action against US after 3 Mexican nationals die in El Paso shooting