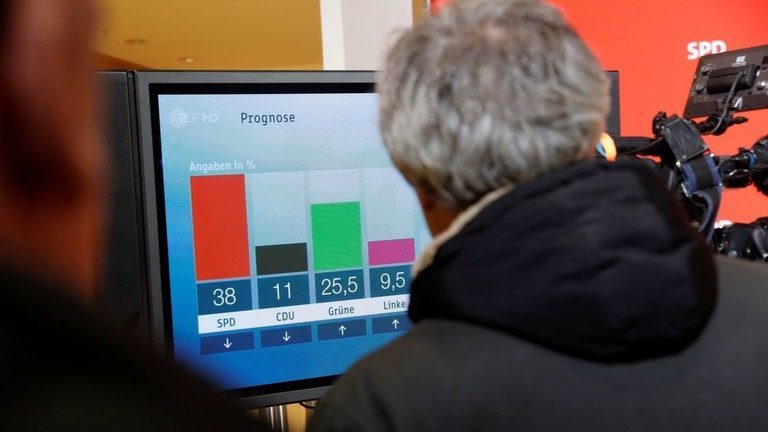 The CDU has failed its first electoral test since Angela Merkel’s protegee refused to run for chancellor in 2021. Hamburg is a center-left heaven and the conservatives weren’t after a win, but they didn’t expect to do so badly. “For us at the CDU, this is a bitter election result,” Daniel Guenther, the CDU premier of the state of Schleswig Holstein, said as he commented on the exit polls that showed his party scored just 11 percent in Sunday’s vote to finish third and achieve the worst result in Hamburg in the party’s history. In 2015, the CDU came second in the election in Germany’s second largest city, claiming almost 22 percent of the vote. But this time the people of Hamburg clearly told the conservatives that they weren’t going to support a party that has no leader and no candidate for the top job in the country in the federal election next year.
Source: Merkel’s CDU produces worst ever election result in Hamburg amid party chaos