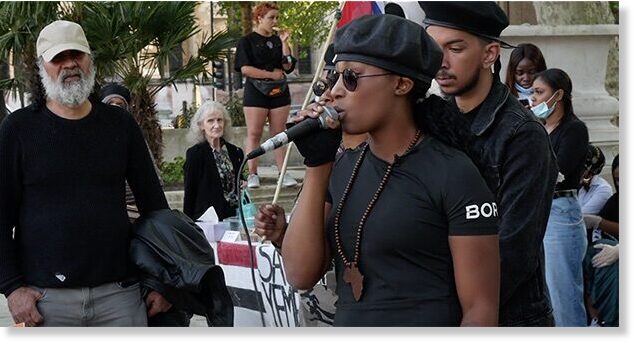 “The police is no different from the KKK”. The true face of the organised Black Lives Matter movement reared its head during a protest in London this past weekend, as a protest leader called for an end to capitalism, and the creation of a “black militia” to foment a revolution. In video obtained by Breitbart News, protesters are seen in marxist paramilitary garb, complete with berets, with the ringleader barking proclamations about how racism “thrives on capitalism”. Amid chants of “take it to the streets… fuck the police” and “no justice, no peace”, the activist claimed that “The police is no different from the KKK. They stand around and protect statues and buildings instead of people.” In a further bizarre declaration the woman also decreed that “They need to join the local council and litter pick too.”
Source: Marxist BLM protest leader calls for black militia, revolution