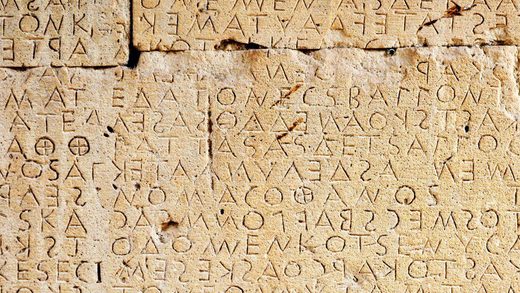 Some languages that have never been deciphered could be the next ones to get the machine translation treatment. In 1886, the British archaeologist Arthur Evans came across an ancient stone bearing a curious set of inscriptions in an unknown language. The stone came from the Mediterranean island of Crete, and Evans immediately traveled there to hunt for more evidence. He quickly found numerous stones and tablets bearing similar scripts and dated them from around 1400 BCE. That made the inscription one of the earliest forms of writing ever discovered. Evans argued that its linear form was clearly derived from rudely scratched line pictures belonging to the infancy of art, thereby establishing its importance in the history of linguistics. He and others later determined that the stones and tablets were written in two different scripts. The oldest, called Linear A, dates from between 1800 and 1400 BCE, when the island was dominated by the Bronze Age Minoan civilization.
Source: Machine learning acquiring capability to automatically translate long-lost languages