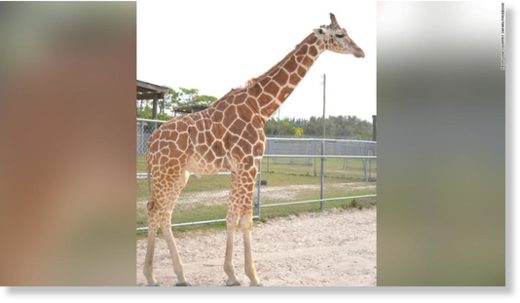 A drive-through Florida safari park confirmed Tuesday that two giraffes were killed instantly by lightning last month. On May 3, Lily and Jioni, two of 18 giraffes in Lion Country Safari in Loxahatchee, were in their pasture when a sudden thunderstorm rolled through. The attraction did not share the news earlier out of respect for mourning the animals and because pathology tests needed to be completed, according to its Facebook page. Spokesperson Haley Passeser told CNN affiliate WPBF that the facility has a lightning detection system. Workers operated standard protocol and opened the animal shelter area when the storm was passing through. But they cannot make the animals seek shelter.
Source: Lightning strike kills two giraffes at a popular Florida attraction