October 26, 2019
Lightning kills at least 150 people in 2 months across the Indian state of Madhya Pradesh 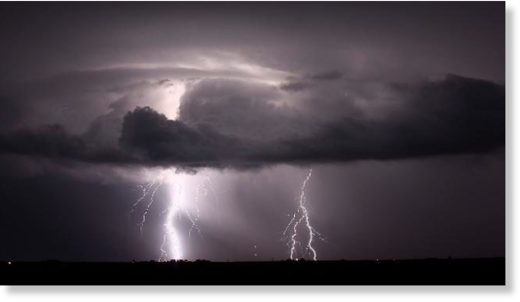 Madhya Pradesh had the highest number of lightning deaths in the country in August-September this year. At least 150 people were killed in these two months, and there were over 6.25 lakh lightning flashes across the state — twice as many as second-place UP. This is in addition to the 102 lightning deaths between April 1 and July 1, which means 250 people were struck dead by lightning in six months, coming to an average of one a day. Weather experts believe the unprecedented heat and record rainfall this year were partly, or perhaps jointly, responsible. “The land gets hotter due to the excessively hot summer. When monsoon rain comes in contact with the baking earth, heat is transferred and lighting strikes begin within half an hour to three hours,” said a weather expert.
Source: Lightning kills at least 150 people in 2 months across the Indian state of Madhya Pradesh