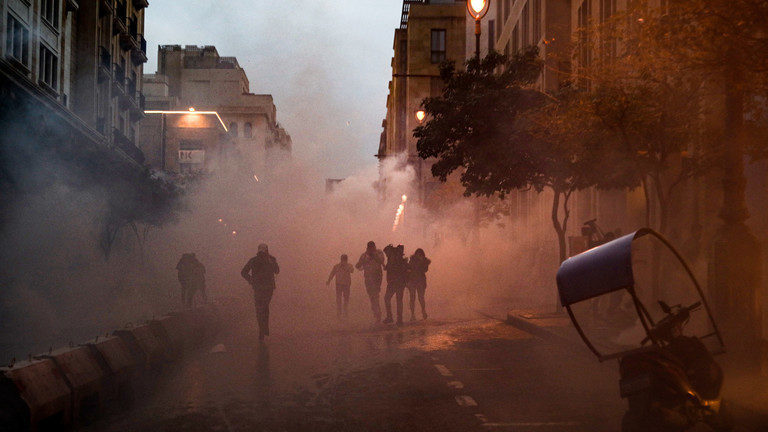 Lebanon’s capital Beirut has been plunged into chaos amid massive protests. Police struggled to contain the angry crowds with tear gas and water cannon, prompting President Michel Aoun to ask the military to intervene. Aoun has asked the national army to restore peace and order on the streets of Beirut, as the city saw fierce clashes between protesters and security forces. Aoun called on the military to “protect the safety of peaceful protesters and of public and private property.” Crowds have taken to the streets of Beirut in a massive protest against Lebanon’s soaring debt, which stands at about $87 billion, equal to more than 150 percent of GDP. The public unrest is also fueled by an almost three-months-long power vacuum and by a crippling economic crisis.
Source: Lebanese president calls on ARMY to intervene as massive protests turn violent in Beirut