May 28, 2019
Late May snow whites out summit of Mount Washington, New Hampshire 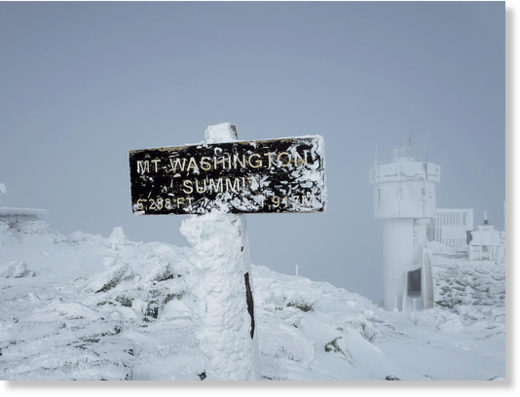 80’s one day, snow the next. Just another May in New Hampshire. I hope everyone had a wonderful Memorial Day weekend. It’s quite possible you’re recovering from a sunburn, when temperatures in the Granite State were mainly in the 70’s, and a few communities reaching the 80’s. With a few relatively chilly mornings, a hike in the mountains required multi layers of clothing. If you were cold at 7am, you’d be sweating by 9 or 10. The key word there being ‘relatively,’ as fast forward to Tuesday May 28th, snow was recorded in New Hampshire. That’s right, just a few scant days away from the month of June, and the official start of SUMMER, video of snow on top of Mount Washington was recorded early Tuesday. According to WMUR News 9, you can see the near whiteout conditions on top of the highest peak in the United States. Elsewhere, we’re experiencing rain. Still. 80’s one day, followed by frost and snow.
Source: Late May snow whites out summit of Mount Washington, New Hampshire