Kremlin: Recognition of Guaido by EU states is ‘direct interference’ in Venezuela’s affairs 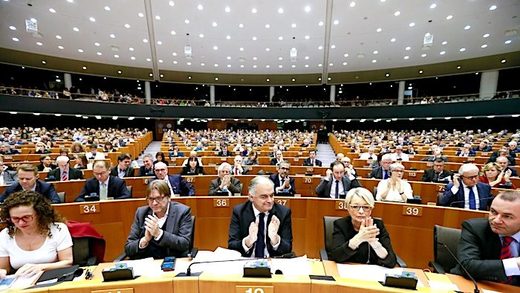 Moscow slammed EU states for trying to legitimize “an attempt to usurp power” in Venezuela after a number of key European countries recognized opposition figure Juan Guaido as interim president. “Imposing some decisions or trying to legitimize an attempt to usurp power, in our view, is both direct and indirect interference in the internal affairs of Venezuela,” Dmitry Peskov, spokesman for Russian President Vladimir Putin, told the media on Monday, while commenting on the recognition of Guaido. Earlier the same day, the UK, Germany, France, Spain, and several other EU states officially labeled Guaido the “legitimate” leader of Venezuela. This came after President Nicolas Maduro failed to comply with an ultimatum from these nations to declare a new election within eight days. More European countries then followed suit and recognized Guaido. Rejecting the ultimatum, Maduro reaffirmed that the election will take place as scheduled, in 2025.
Source: Kremlin: Recognition of Guaido by EU states is ‘direct interference’ in Venezuela’s affairs