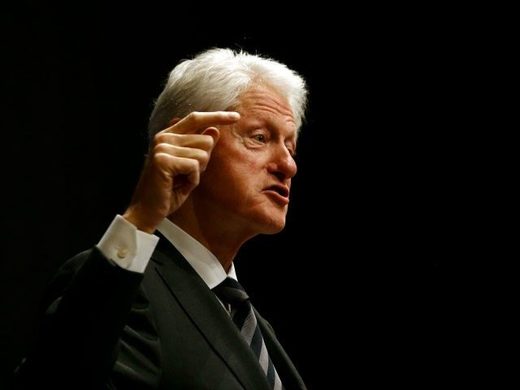 Former President Bill Clinton, previously accused of multiple sexual assaults, has issued a statement claiming that he “knows nothing” about Jeffrey Epstein’s alleged crimes involving sex trafficking and minors. This after the controversial financier, formerly an associate of Clinton, pleaded not guilty to sex-trafficking charges in Manhattan federal court. In the case, Epstein allegedly “sexually exploited and abused dozens of minor girls at his homes” in New York, Palm Beach, and other locations. The indictment also charges that Epstein paid some of his alleged victims to recruit more underage girls. “President Clinton knows nothing about the terrible crimes Jeffrey Epstein pleaded guilty to in Florida some years ago, or those with which he has been recently charged in New York,” reads the statement, tweeted by Clinton’s press secretary Angel Ureña.
Source: Klein: Six major problems with Bill Clinton’s statement on Jeffrey Epstein