Just like the Roman Empire, the West is committing suicide via irrational response to Covid-19

March 26, 2020
Just like the Roman Empire, the West is committing suicide via irrational response to Covid-19 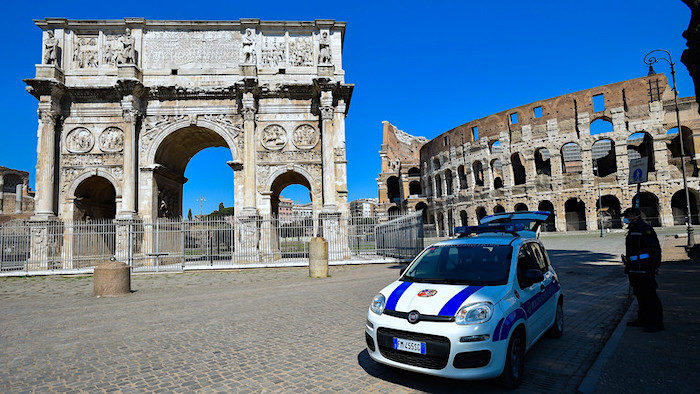 Many think Covid-19 is some kind of alien invasion that spells the end of the world. But the real threat to us is a much deadlier virus: a hatred of all the values that have underpinned our civilisation for centuries. For years, I was puzzled as to why the Roman Empire ceased to exist and was replaced by communities that were uncivilized by comparison. How and why could mankind’s progress reverse in this way? Recent experience has eliminated the mystery. No special devastating event was needed; the cause of Rome’s demise was simply the loss of its people’s desire to support their ’empire’ and its underlying values. And as it was 1,500 years or so ago, so I fear it is now. The Covid-19 crisis – specifically, the reaction to it – demonstrates that people have grown bored, detached, and easily impressionable by things that have nothing to do with the roots of their society. We are all – or too many of us – fin de siècle Romans now.
Source: Just like the Roman Empire, the West is committing suicide via irrational response to Covid-19