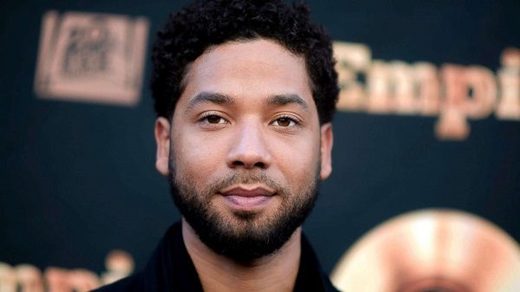 Jussie Smollett has been charged with felony disorderly conduct. “Empire” actor Jussie Smollett was arrested in Chicago early Thursday morning for allegedly filing a false report of a crime, police said. Chicago Police Department spokesman Anthony Guglielmi announced via Twitter early Thursday that Smollett “is under arrest and in custody of detectives.” Smollett turned himself in at 5:15 a.m. local time and made a statement to police before being taken into custody. His lawyers, Todd Pugh and Victor Henderson, were not present at the time but they released the following statement the night before, “Like any other citizen, Mr. Smollett enjoys the presumption of innocence, particularly when there has been an investigation like this one where information, both true and false, has been repeatedly leaked. Given these circumstances, we intend to conduct a thorough investigation and to mount an aggressive defense.”
Source: Jussie Smollett taken into custody by Chicago police over allegedly lying about attack