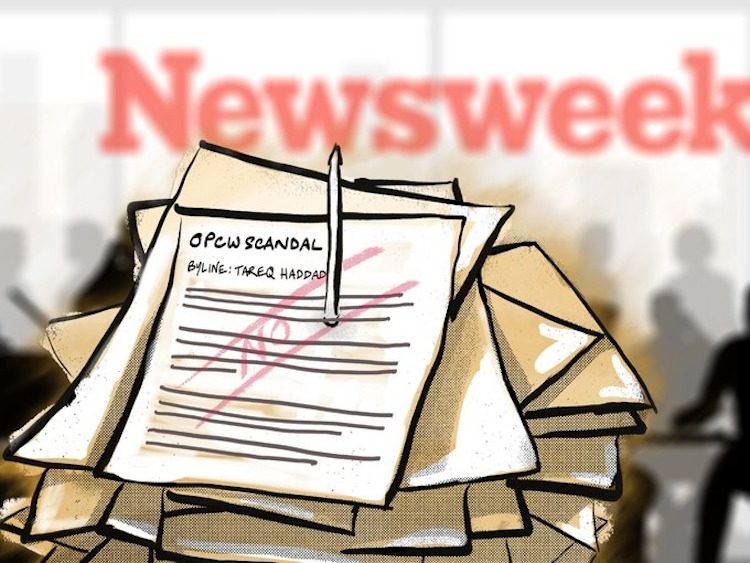 A Newsweek journalist has resigned after the publication reportedly suppressed his story about the ever-growing OPCW scandal, the revelation of immensely significant plot holes in the establishment Syria narrative that you can update yourself on by watching this short seven-minute video or this more detailed video here. “Yesterday I resigned from Newsweek after my attempts to publish newsworthy revelations about the leaked OPCW letter were refused for no valid reason,” journalist Tareq Haddad reported today via Twitter. “I have collected evidence of how they suppressed the story in addition to evidence from another case where info inconvenient to US government was removed, though it was factually correct,” Haddad said. “I plan on publishing these details in full shortly. However, after asking my editors for comment, as is journalistic practice, I received an email reminding me of confidentiality clauses in my contract. I.e. I was threatened with legal action.”
Source: Journalist: Newsweek suppressed OPCW scandal and threatened me with legal action