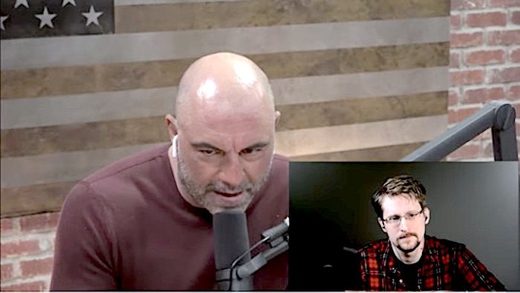 NSA whistleblower Edward Snowden wants to come home, just not into the waiting arms of a fear-based system of “turnkey tyranny” that has mushroomed with the rise of smartphones, he told talk show host Joe Rogan. Americans might believe the government cleaned up its act after Snowden revealed the NSA’s unconstitutional spying in 2013, but things have actually gotten much worse, the former agent told Rogan on Wednesday in a marathon three-hour interview. The mass adoption of smartphones has made the government’s job much easier, allowing for universal 24-hour surveillance.
Source: Joe Rogan show with Edward Snowden: Opposing mass surveillance IS patriotic