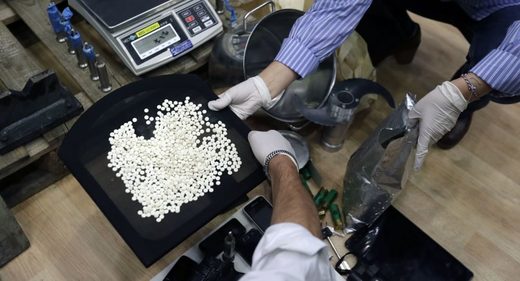 It took agents of three law enforcement agencies a week to count the seized pills, which arrived in Greece from Syria in containers said to be loaded with floorboards. Greek authorities have announced the seizure of what they called the biggest-ever haul of Captagon, the amphetamine-type drug associated with Middle Eastern terrorists. The Greek Finance Ministry’s Financial Crimes unit (SDOE) said the haul, which was worth $660 million, was found during a joint operation with police and coast guards.
Source: ‘Jihadi pills’: Biggest ever Captagon haul worth $660m seized at Greek port