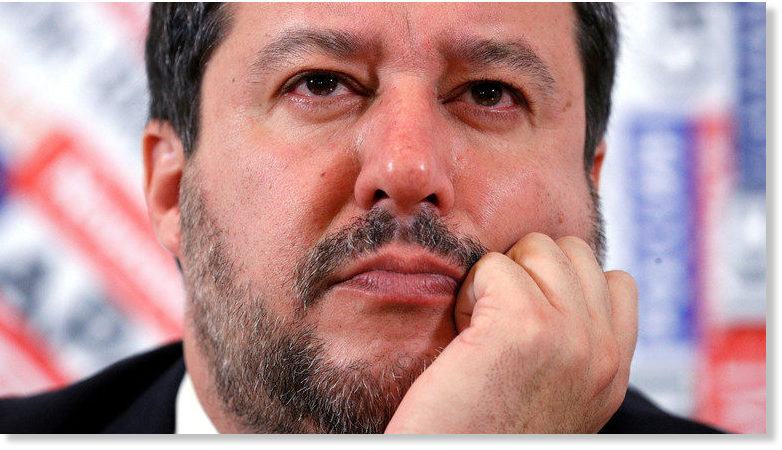 Having voted to lift his immunity from prosecution, the Italian Senate has cynically followed the US Democrats’ playbook by creating a legal sideshow to combat the growing popularity of the League’s Matteo Salvini. Salvini’s 14-month term as Italy’s interior minister was a rollercoaster ride, as he ruled the national political agenda and built a massive power base – much to the chagrin of his former political allies, who are now exacting their revenge. The Senate vote to lift his parliamentary immunity, meaning a prison sentence of up to 15 years comes into play, is the first step of the traditional ruling class towards stopping the political force that is Salvini – who, even in opposition, has barely spent a day out of the headlines.
Source: Italy’s Salvini faces 15 years in jail following Trump-style legal circus aimed at killing off his popularity