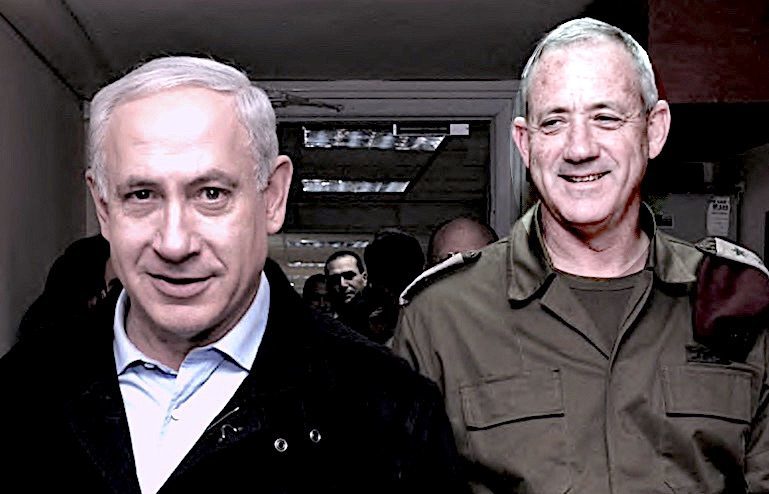 There is big news from Israel today. Benny Gantz, the man who for three elections tried to retire Netanyahu, has surrendered. Benjamin Netanyahu will be prime minister for the next 18 months, which will include a corruption trial; Gantz will then become prime minister, and the power-sharing deal is said to OK annexation of large portions of the occupied West Bank beginning in July. Barak Ravid of Israel’s Channel 13 explains the deal on annexation. Israeli politics are just too right wing for Gantz to have held the line. This is Netanyahu’s “legacy” and he needs to do it while Trump is in power:
Source: Israel’s ‘new government’ set for July annexation; Palestinian leaders oppose it