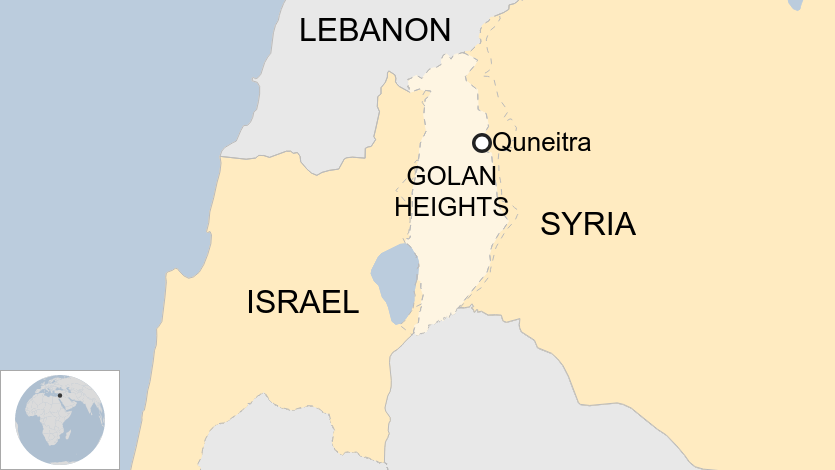 The Israel Defense Forces (IDF) said it was retaliation for a bombing attempt.

The IDF said earlier it had killed four men planting explosives near the Israeli-occupied sector of Golan Heights late on Sunday.

Surveillance footage showed the group engulfed in an explosion.

Military spokesman Lieutenant-Colonel Jonathan Conricus said it was too soon to say if the men belonged to a specific organisation, but that Israel held “the Syrian regime accountable”.
more:
https://www.bbc.com/news/world-middle-east-53645688