Is Biden reenlisting in the Forever Wars?

March 3, 2021
Is Biden reenlisting in the Forever Wars? 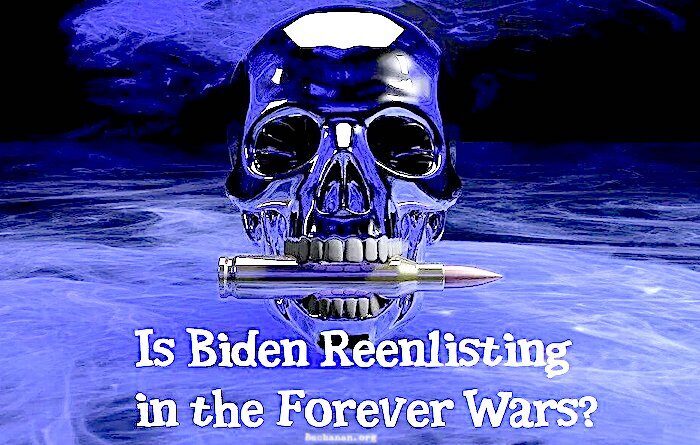 Thursday, in its first military action, the Biden Pentagon sent two U.S. F-15Es to strike targets of Kataib Hezbollah, an Iranian-backed Iraqi militia just inside the eastern border of Syria. The U.S. strikes were in retaliation for a missile attack on a U.S. base in Irbil, capital of Iraqi Kurdistan, which killed a contractor and wounded a U.S. soldier. “We’re confident that the target was being used by the same Shia militia that conducted the strikes,” said Defense Secretary Lloyd Austin. But Democratic Sens. Tim Kaine and Chris Murphy want to know where President Joe Biden got his authority to launch attacks in Syria, where there was no clear or present danger to any U.S. troops. Days before the U.S. strike, Kataib Hezbollah issued a statement denying any complicity in the Irbil attack: “We absolutely did not target Erbil or the Green Zone and have no knowledge of the group that did.” Iran has also denied any involvement in the missile attack on the Americans. On a visit to…
Source: Is Biden reenlisting in the Forever Wars?