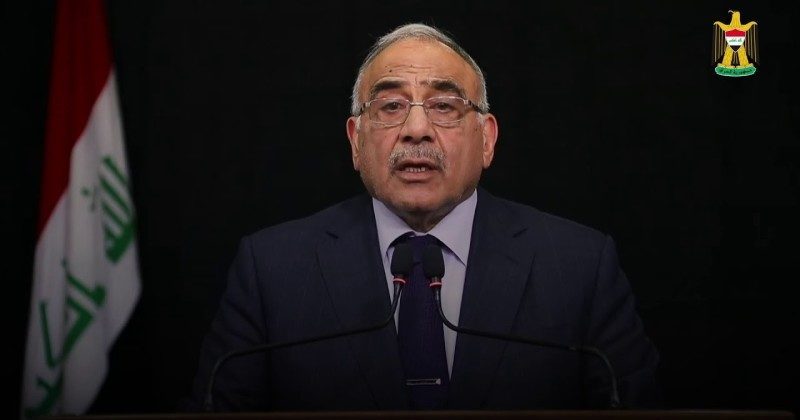 Iraqi Prime Minister Adil Abdul-Mahdi claims that in the build up to Qasem Soleimani’s assassination, President Trump threatened to carry out false flag murders of Iraqi protesters that would then be blamed on Abdul-Mahdi unless he agreed to hand over 50% of the country’s oil revenue. According to the Strategic Culture Foundation’s Federico Pieraccini, Abdul-Mahdi was angry about how the U.S. had failed to complete the rebuilding of Iraq’s infrastructure and electricity grid projects, “unless they were promised 50% of oil revenues, which Abdul-Mahdi refused.” Abdul-Mahdi then gave a speech to the Iraqi parliament in which he explained that the main reason behind his resignation was Trump pressuring him not to make a deal with the Chinese and threats that the U.S. would engage in false flag shootings of protesters and security forces. A translated portion of Abdul-Mahdi’s speech follows;
Source: Iraqi PM claims Trump threatened false flag murders of protesters if he didn’t hand over 50% of oil revenue