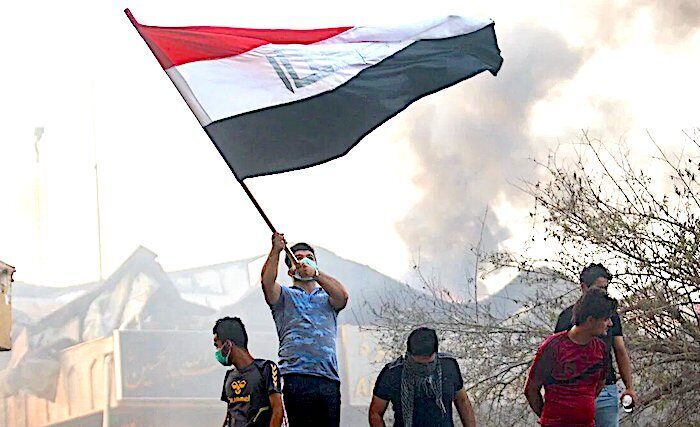 The Iraqi government on Thursday said that 560 people were killed in the mass popular protests across the country against the former government led by Adel Abdul-Mahdi, Anadolu Agency reports. Hisham Dawood, the advisor to the Iraqi Prime Minister Mustafa al-Kadhimi, in a news conference, said: “The tally of martyrs since the outbreak of the protests in October has reached almost 560 including civilians and military personnel…The demonstrations were accompanied by unjustified violence against the demonstrators.” Dawood said that the Iraqi government has formed a fact-finding committee to reveal the perpetrators and those involved in violence against the demonstrators. He also added that the government is “seeking to put an end to the kidnapping cases and the enforced disappearances”…”stressing that the government’s goal is ‘a prestigious state of law’.” The advisor, however, did not refer to the number of injured people during the demonstrations.
Source: Iraq: 560 killed in anti-gov protests since October