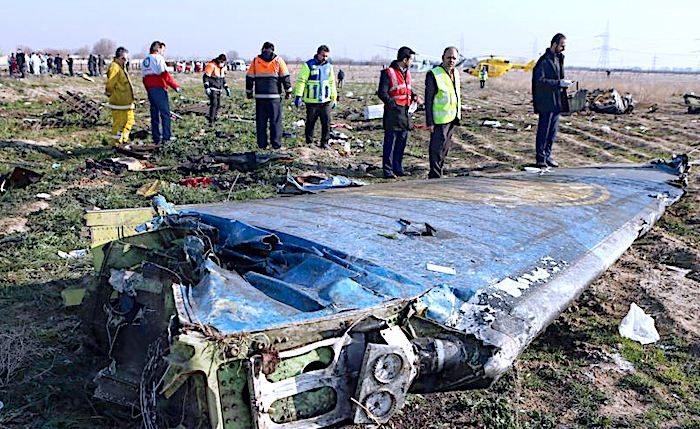 Comment: Of all the places to send that data… No chance they’ll ever get to revise their position on the downing of that plane now. Sending it to Ukraine is like sending it directly to the Mossad, CIA and MI6. Iran has confirmed it will send the black-box flight recorders recovered from a Ukrainian passenger jet that was shot down over Tehran on January 8 to Kyiv. Hassan Rezaifer, head of the accident investigations unit of Iran’s civil aviation authority, told the Tasnim news agency on January 18 that it had not been possible to read the black boxes in Iran. He said French, American, and Canadian experts will work with the equipment after it arrives in Kyiv. “If this effort is unsuccessful, then the black box will be sent to France,” Rezaifer said. On January 15, Oleksandr Ruvin of the Kyiv Research Institute of Forensic Studies said the international team would begin studying the black boxes on January 20.
Source: Iran: Ukrainian Airlines PS752 black boxes will be sent to Kiev