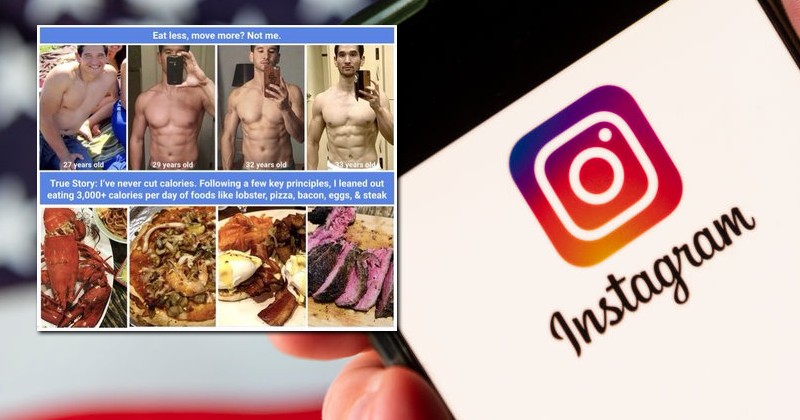 Social media giant Instagram is promoting images of obese people in the name of ‘body positivity’ while refusing to accept healthy eating ads which include photos that show people with well toned bodies.

Fitness guru Alex Feinberg tweeted about the issue, noting that an ad campaign for weight loss that showed images of his successful dieting program was blocked by Instagram.

The reason given was that the promotional material, “uses images that excessively focus on a person’s body or any given body part,” and that this “can make users feel bad about themselves, and goes against our core value of fostering a positive global community.”

Feinberg then compared the refusal of his ad to an image of a morbidly obese woman who has over 500,000 followers, which Instagram did not relegate in its algorithm.

“Instagram boosts this chic to over 500K followers and won’t let me advertise pics with my shirt off Because it “can make users feel bad about themselves” The end is nigh folks,” tweeted Feinberg.

“Imagine if instead of killing people, telling them they’re beautiful at any size We helped them lose fat,” he added.

Because it “can make users feel bad about themselves”

The end is nigh folks pic.twitter.com/TuzIQdNhUi

As we have previously discussed, the ‘body positivity’ movement is not just a refuge for fat, lazy people who refuse to take personal responsibility for their bad lifestyle choices, its promotion by establishment cultural institutions is literally killing people.

Promoting body positivity is as ludicrous as promoting ‘smoker positivity’.

“Firstly, if people feel shit about themselves, they’re more likely to change,” wrote Milo Yiannopoulos. “A landmark study by obesity experts in 2014 found that a “desire to improve self-worth” was one of the most important motivating factors encouraging people to lose weight. What does this tell us? That encouraging fatties to “love themselves,” as the fat acceptance movement does, is the worst possible message you could send people if you want them to lose weight.”

As we highlighted on Friday, obese pop star Lizzo waded back into the ‘body positivity’ debate during an interview with Vogue in which she complained that the movement was being hijacked by white girls who weren’t fat enough.

It seems Instagram has found a solution to that problem.

In the age of mass Silicon Valley censorship It is crucial that we stay in touch.

I need you to sign up for my free newsletter here.