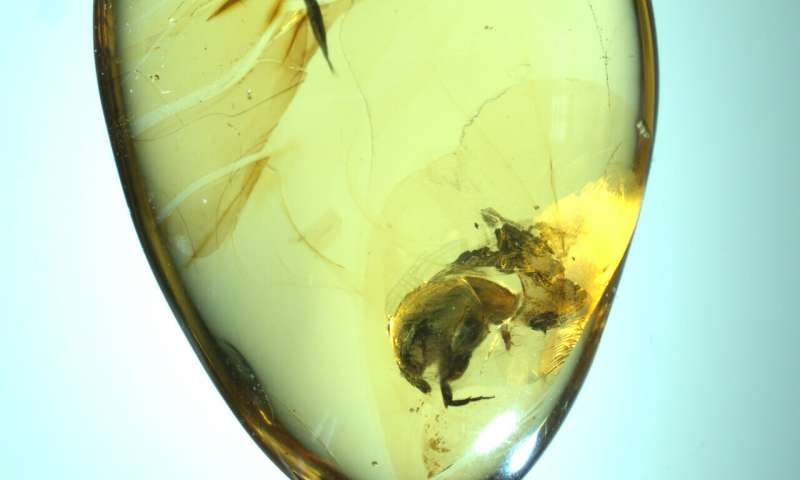 A new study co-led by researchers in the U.S. and China has pushed back the first-known physical evidence of insect flower pollination to 99 million years ago, during the mid-Cretaceous period. The revelation is based upon a tumbling flower beetle with pollen on its legs discovered preserved in amber deep inside a mine in northern Myanmar. The fossil comes from the same amber deposit as the first ammonite discovered in amber, which was reported by the same research group earlier this year. The report of the new fossil will publish Nov. 11 in the journal of the Proceedings of the National Academy of Sciences. The fossil, which contains both the beetle and pollen grains, pushes back the earliest documented instance of insect pollination to a time when pterodactyls still roamed the skies — or about 50 million years earlier than previously thought.
Source: Insect pollination pushed back 50 millions years with new amber fossil