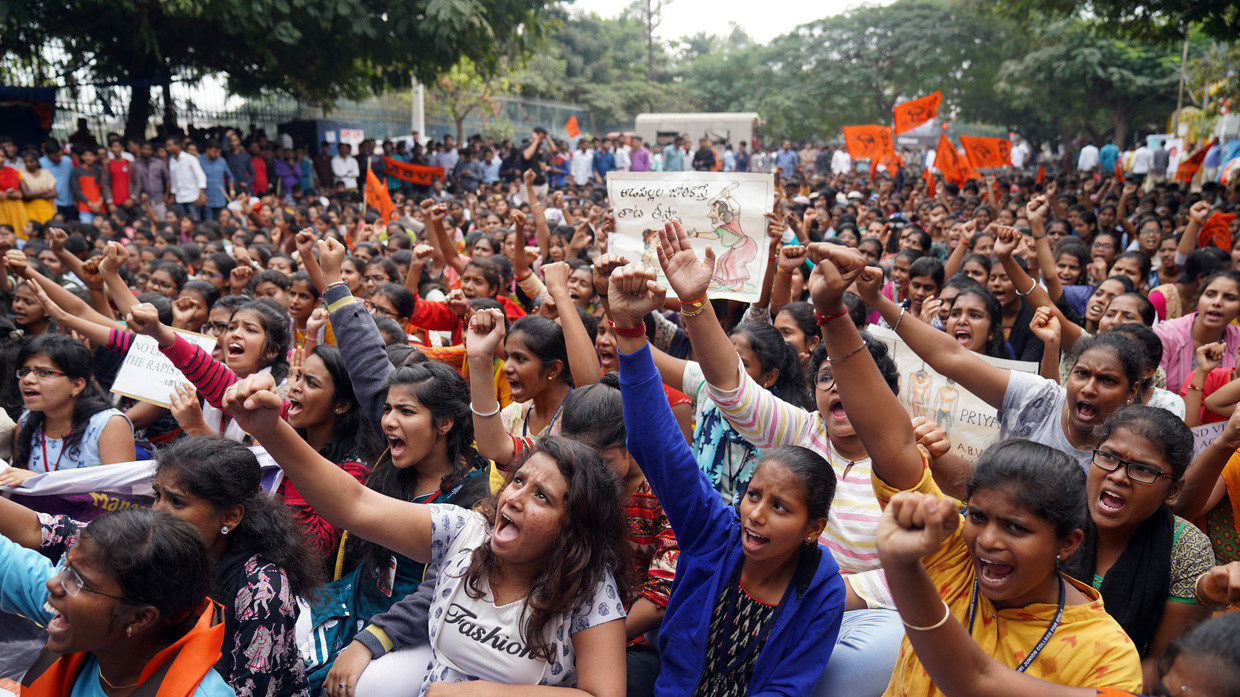 The families of the four men accused of the gang rape, murder, and desecration of Priyanka Reddy in a case which has shocked the whole of India, have called for their sons to be hanged and burned for what they did. The four accused men currently in custody for the barbaric crime are Mohammad Pasha, Jollu Shiva, Jollu Naveen, and Chintakunta Chennakeshavulu. Each of their families have faced public humiliation and intense scrutiny in the wake of the devastating crime. “If my son is wrong, burn him the same way she was burned. Isn’t the victim also the daughter of a mother? I am suffering today, I can imagine what the girl’s mother is going through,” Chennakesavulu’s mother Jayamma said. “You hang him, kill him or shoot him dead. Will you listen if I say I want my son back? You give whatever punishment. I have a daughter too,” she added while fielding questions from journalists in Telangana.
Source: Indian rape crisis: Mother disowns accused gang-rapist son: ‘Burn my son the same way she was burned’