Ikigai: The Japanese secret to living a long and more fulfilling life

December 6, 2019
Ikigai: The Japanese secret to living a long and more fulfilling life 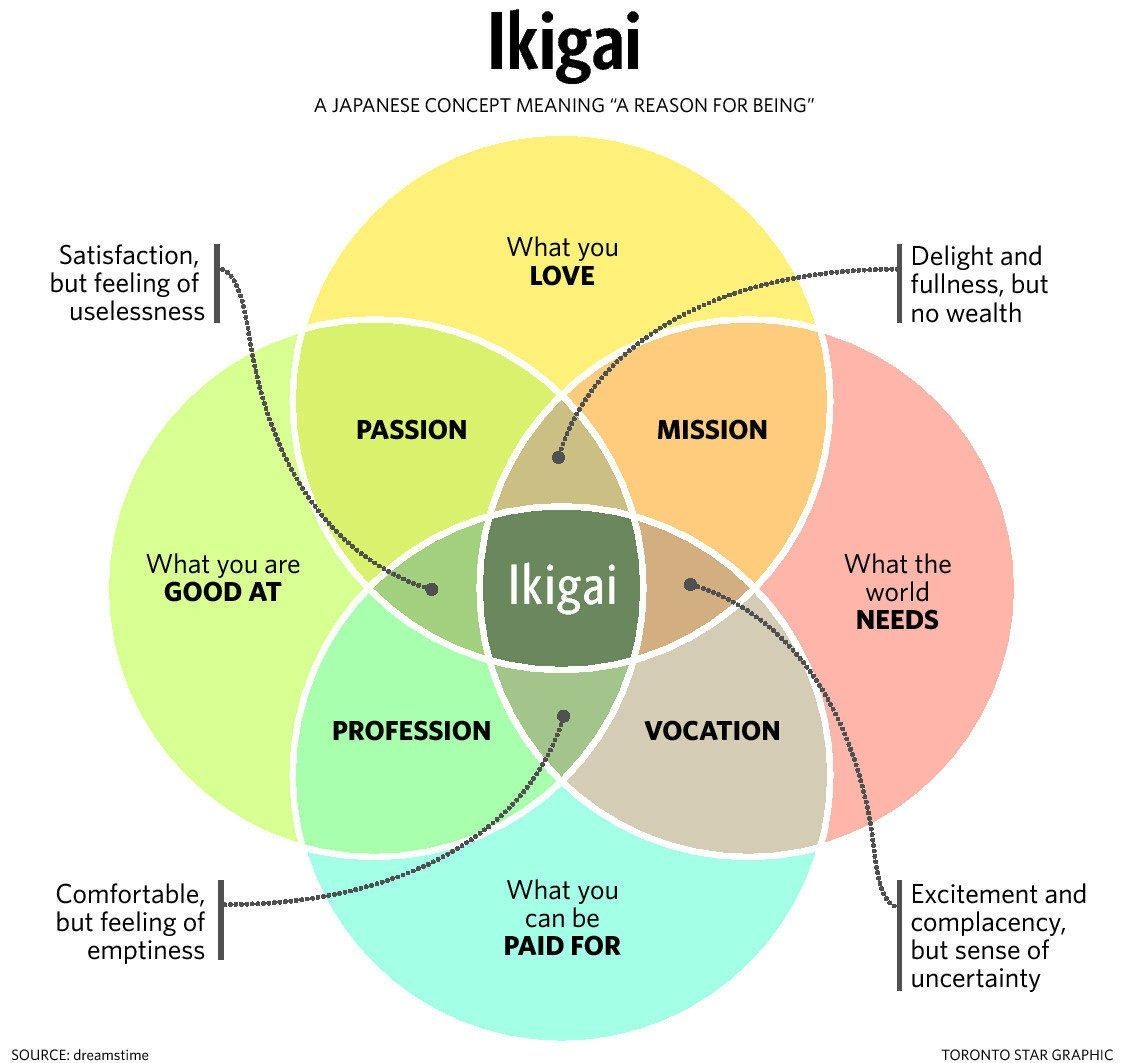 For Japanese workers in big cities, a typical work day begins with a state called sushi-zume, a term which likens commuters squeezed into a crowded train car to tightly packed grains of rice in sushi. The stress doesn’t stop there. The country’s notorious work culture ensures most people put in long hours at the office, governed by strict hierarchical rules. Overwork is not uncommon and the last trains home on weekdays around midnight are filled with people in suits. How do they manage? The secret may have to do with what Japanese call ikigai. There is no direct English translation, but it’s a term that embodies the idea of happiness in living. Essentially, ikigai is the reason why you get up in the morning. To those in the West who are more familiar with the concept of ikigai, it’s often associated with a Venn diagram with four overlapping qualities: what you love, what you are good at, what the world needs, and what you can be paid for.
Source: Ikigai: The Japanese secret to living a long and more fulfilling life