Huge sinkhole swallows taxi after opening up on Chinese road 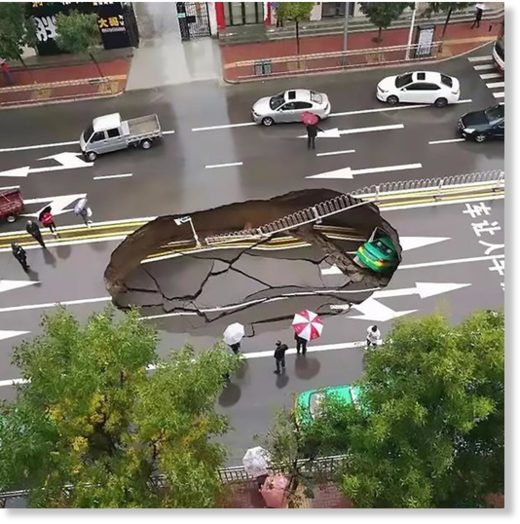 A taxi driver had to sprint to freedom from his cab moments after it was swallowed up by an enormous sinkhole. The cabbie, named Guo, ran from his car after the 13ft deep chasm opened up in Ningxia, northern China. The 33-year-old had just dropped off a fare. ‘After my passenger got out, I drove forwards, then my car suddenly began sinking into the ground. I was shocked and immediately tried to open my door to get out,’ he said. ‘But my car became misshapen in the sinkhole, so I had to kick it open and ran out.’
Source: Huge sinkhole swallows taxi after opening up on Chinese road