EIA joins OPEC in warning about upcoming drop in oil use, the first in a decade.

21 people in Spain released from quarantine

Update (1945ET): Norwegian cruise lines has denied that a passenger on a cruise ship docked in Sydney Harbor has been taken for testing, according to Yahoo News Australia.

The Australian reported it understands a Singaporean man arriving in Sydney on the Norwegian Jewel was being tested by NSW Health after he fell ill with a respiratory complaint.

However in a statement to Yahoo News Australia, a Norwegian Cruise Line spokesperson denied any patients have displayed coronavirus symptoms.

“We have no guests with any respiratory-related illness on board. The vessel remains in operation, and all guests on board are in good health,” a spokesperson said.

”There are various false, inflammatory media reports regarding the ship. There is absolutely no truth to those stories.” -Yahoo

690 patients were discharged over the last 24-hours, with 214 of those being clinically diagnosed cases. Of the 36,719 hospitalized patients, 7,953 are critically ill and under isolation treatment at designated medical institutions. There are currently 6,169 suspected cases, 3,689 cured, and 5,352 under isolation.

The below charts reflect the new figures. Keep in mind that yesterday’s record increase of 14,840 patients was likely due to a massive catch-up after clinically diagnosed cases were added to the definition. 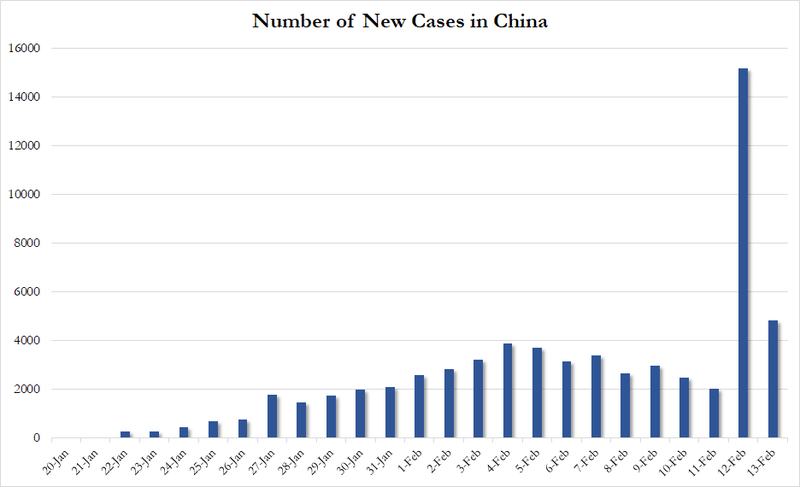