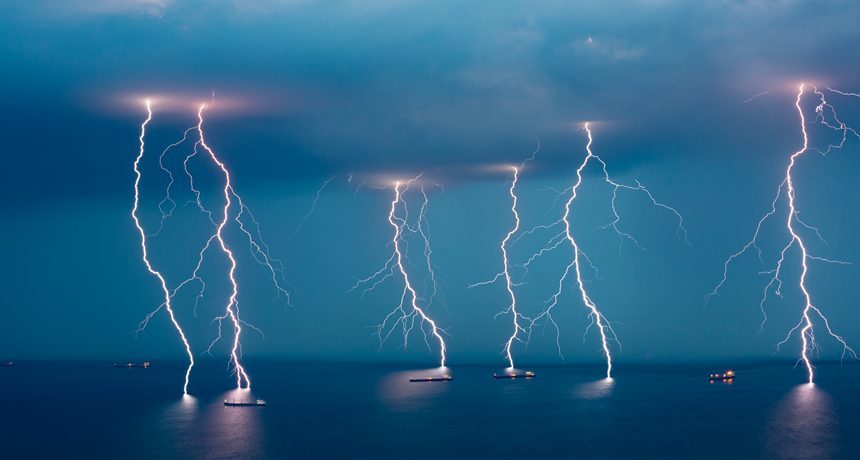 Not every lightning strike is the same. Some skip from cloud to cloud. Others strike the ground, delivering a shocking wallop to anything that gets in the way. Lightning differs by how strong it is, too. Scientists have observed mega-strikes of lightning that carry 1,000 times more energy than ordinary bolts. They’re so intense that, about four decades ago, a scientist had to coin a new word to describe them: Superbolts! Scientists don’t yet know how these mega-bolts amass so much energy. But they don’t strike equally everywhere, a new study finds. Superbolts seem to strike mostly at sea, it finds. And they don’t occur at the same rate throughout the year. Few, for instance, develop from April to October.
Source: Hotspots of mysterious “superbolt” lightning shown in new map