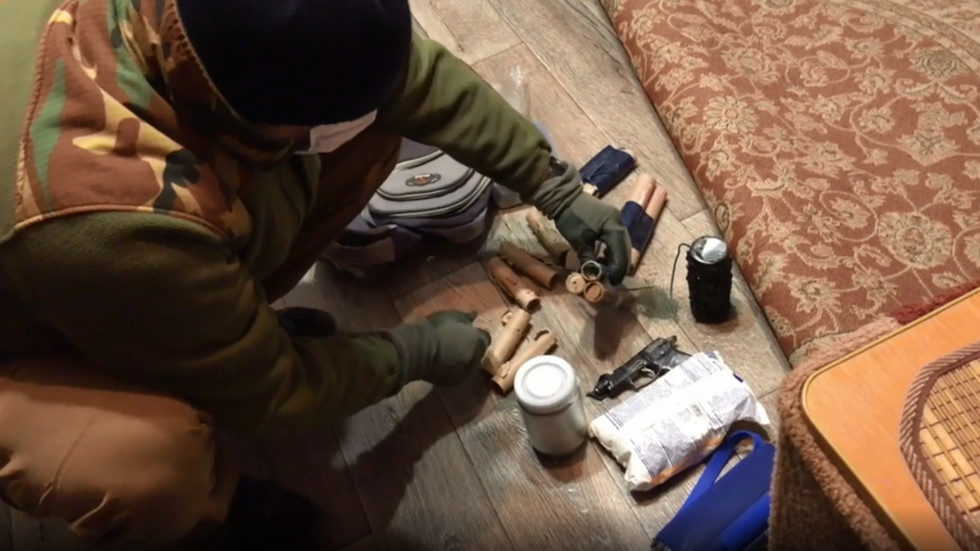 Two teenage fans of Vladislav Roslyakov, who killed 20 of his classmates in a Columbine-copycat shooting in the Crimean city of Kerch two years ago, were preparing similar school attacks, the Russian security service has revealed. The suspects, who “were disciples of extremist ideology and followers of Vladislav Roslyakov” wanted to target two schools in Kerch, Russia’s Federal Security Service (FSB) said in a statement Tuesday. Police discovered improvised explosive devices (IEDs) with striking elements at their homes as well as spare parts to make more IEDs, which the teens had purchased on the internet. Disturbingly, the two had already been testing their home-made bombs. Pet animals were used to test the effectiveness of the trial versions of those explosive devices.
Source: Home-made bombs tested on PETS: New Columbine-style school massacre thwarted in Crimea, 2 teen suspects arrested