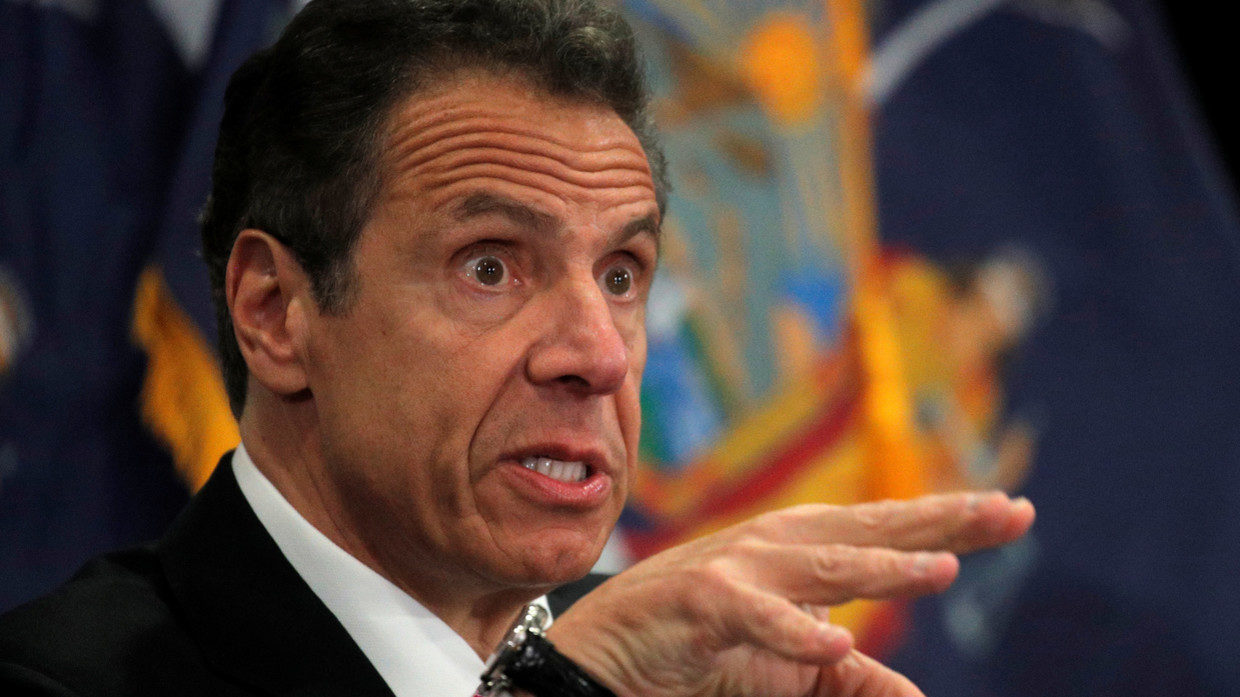 New York Governor Andrew Cuomo has demanded that the federal government bail out his state, or he’ll have to slash funding for hospitals, medical staff, and other local services – whose budgets he’s already cut to the bone. The governor took aim at the Trump administration’s funding priorities during his Covid-19 press conference on Tuesday, waxing dramatic about political “values” as he accused Washington of shafting state governments with emergency coronavirus bailout packages that favored big banks and megacorporations. “Why was Washington so quick to fund the corporations and big businesses, but now they have to think about whether they want to fund state governments and local governments?” Cuomo demanded, reminding his audience that local governments in turn fund hospitals, police, schools, and other “essential” services.
Source: Holding healthcare hostage? Cuomo demands federal bailout or he’ll ‘have to’ cut hospital funding