February 19, 2020
HIDING THE OUTBREAK: Florida conceals number of people tested for coronavirus, then stupidly lies about the reason why…”Why would Florida try to conceal the number of people being tested?”

In addition to the State of Washington now admitting to testing just 25 people for coronavirus while refusing to test 712 people who are high-risk possible carriers, the State of Florida is now concealing all testing numbers from the public, then lying about the reason why.

We have now entered the phase of pandemic secrecy where state governments are deliberately concealing the number of tests and infections in order to “pull a China” and pretend that coronavirus outbreaks aren’t happening in the United States. It is the clearest evidence yet that coronavirus outbreaks are happening in America and are being desperately covered up. (No story can be believed to be true until it is officially denied.)

According to the Tampa Bay Times, “state health officials say they can’t disclose how many people have been tested for the virus… state Surgeon General Scott Rivkees said the Florida Department of Health is not authorized to publish the number of people in the state being tested for the virus out of privacy concerns.”

But that’s a lie.

Senators pressed Rivkees, recalling that during the mosquito-born Zika infection outbreak in 2015 and 2016, the state frequently published the number of specimens that were being tested.

Coronavirus numbers don’t have to be published, claims Rivkees, because he says the coronavirus isn’t airborne like Zika.

First of all, what does the “airborne” argument have to do with his initial claim that no aggregate data can be released because it somehow violates patient privacy? Does the airborne nature of an infectious disease nullify the privacy regulations? Of course not. His argument is nonsensical.

Secondly — and more importantly — if the coronavirus isn’t airborne as he claims, then why is every other scientist and doctor in the world warning that it’s airborne? And how did the coronavirus infect over 500 passengers on the Diamond Princess cruise ship who were locked in their rooms but sharing the same recirculated air?

Florida Surgeon General Scott Rivkees seems to be the only person in the world who hasn’t yet learned the coronavirus is airborne, and he’s running the pandemic response team for the State of Florida!

He’s not just dishonest, he’s incompetent. It sort of reminds me of the Broward County law enforcement officials in Florida who waited outside the school while a mass shooting was going on inside. What did they think their job was, to count the bodies after the massacre?

Sadly, Rivkees appears to have adopted the same terrifying philosophy when it comes to the coronavirus. Welcome to Florida, the Sunshine State that has zero transparency when it comes to deadly pandemics. Enter at your own risk.

Why would Florida try to conceal the number of people being tested?

Not only is Florida deliberately concealing the number of people being tested, they’re lying about why. It’s a cover-up of the cover-up, in other words, which underscores the fact that they really do have something to cover up.

If they had run 500 tests and all 500 were negative, why not just announce that?

There are really only two possible answers to this:

Option #1) Florida isn’t testing anyone and Rivkees doesn’t want to admit that Florida is now the Indonesia of America, where the entire response to the coronavirus can be summed up as, “What, me worry?”

Option #2) Florida is testing lots of people and finding lots of infections, and they don’t want to admit the coronavirus is loose in Florida because it would hammer Florida tourism. (It’s the same reason Hawaii is also likely concealing a Honolulu-based outbreak hub, too.)

Either way, it’s bad news for Floridians. You now live in a state that has the same level of public health honesty as communist China. At least Florida officials aren’t (yet) welding you into your own apartment building and demanding you murder your pets to stop the spread, but given the way things are going so far, that day might not be far off.

So if we’re keeping track of the emerging data on all this, it now looks like we have outbreaks in Honolulu, Seattle and somewhere in Florida.

Flights from Honolulu keep turning up confirmed infected patients once they reach their destinations (amazing, isn’t it, how the State of Hawaii never confirms them as positive, but they’re confirmed as soon as they land somewhere else). We also have the State of Washington now just blatantly refusing to test over 700 high-risk people and even bragging about it by publishing those numbers on their own official website: 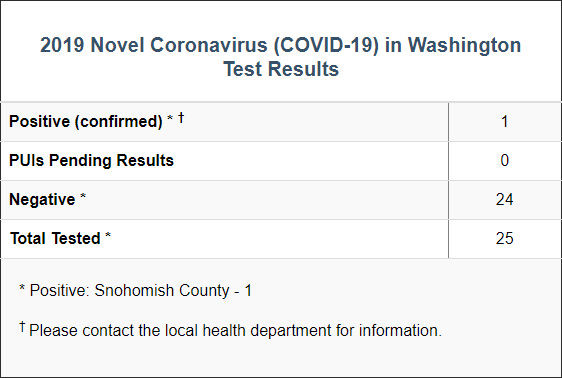 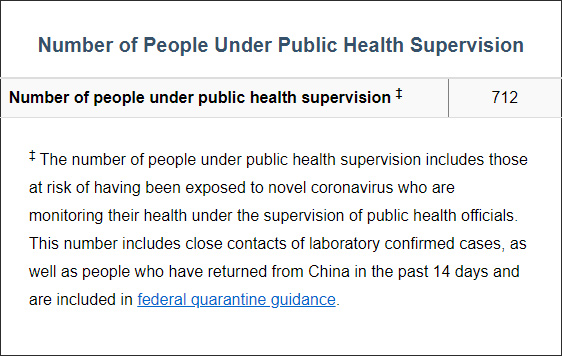 Now, added to all that, we have the State of Florida brazenly lying to the public about why they are operating in total secrecy when it comes to the number of people there who have been tested for the coronavirus.

It’s not difficult to see the truth behind all this: There are, without a doubt, sustained outbreaks in the United States of America and local officials are frantically trying to conceal this fact for as long as possible in order to avoid “causing panic.”

But imagine the panic when millions of Americans find out they’ve been lied to by incompetent, criminally negligent state health authorities who, by their own secrecy, are contributing to the spread of a deadly pandemic that may ultimately infect millions of people in the USA.

And then they whine and complain about how the independent media is causing the public to lose trust in government “authorities.”

I don’t see any authorities at work. All I see is a bunch of clowns with official government titles.

Listen to my new daily podcasts at the H.R. Report channel on Brighteon.com:

Source: HIDING THE OUTBREAK: Florida conceals number of people tested for coronavirus, then stupidly lies about the reason why…”Why would Florida try to conceal the number of people being tested?”