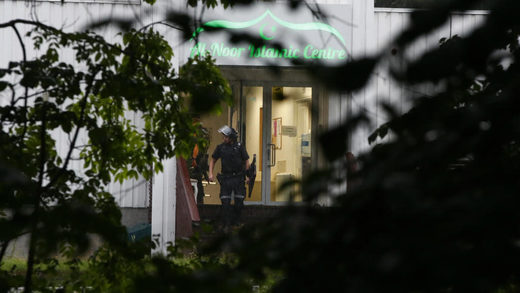 The shooting at a mosque near Oslo is being treated as an “attempted act of terror”, Norwegian police said Sunday, with the suspect appearing to harbour far-right, anti-immigrant views. “We are looking at an attempted act of terror,” acting chief of the police operation Rune Skjold told a press conference. Skjold said the investigation had shown that the man appeared to hold “far-right” and “anti-immigrant” views. The suspect entered the al-Noor Islamic Centre on Saturday afternoon armed with multiple weapons and opened fire before being overpowered by a man who suffered “minor injuries” in the process. Only three people were inside the mosque at the time of the attack, and police said they recovered two firearms from the scene but did not specify which type. Norway was the scene of one of the worst-ever attacks by a right-wing extremist in July 2011, when 77 people were killed by Anders Behring Breivik.
Source: Heavily-armed man attempts to shoot up Norwegian mosque with same name as target in Christchurch massacre