‘Gradual denuclearization’: US envoy for North Korea heads to Vietnam for pre-summit talks 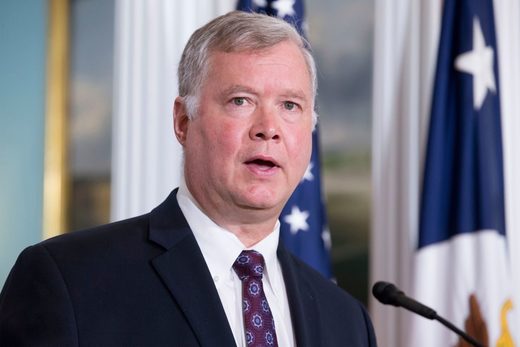 The U.S. special representative for North Korea is traveling to Hanoi on Tuesday to continue preparations for a second summit between U.S. President Donald Trump and North Korean leader Kim Jong Un to be held next week in Vietnam, the State Department said. State Department spokesman Robert Palladino told a news briefing he had no details of the meetings Stephen Biegun would have in Hanoi. Biegun spent three days in North Korea from Feb. 6-8, a trip he said was aimed at agreeing on “concrete deliverables” for the Feb. 27-28 summit. The State Department said after those talks that Biegun agreed to hold further meetings with his counterpart Kim Hyok Chol ahead of the summit. Biegun said after that trip his talks in North Korea had been “productive” but there was “hard work to do” before the summit.
Source: ‘Gradual denuclearization’: US envoy for North Korea heads to Vietnam for pre-summit talks