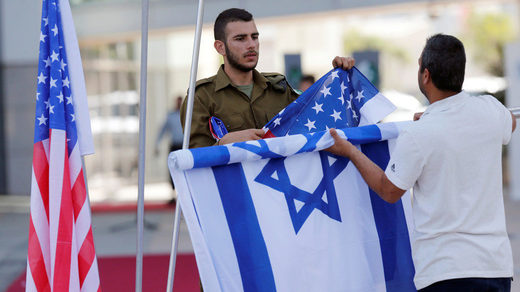 The US and Israel are discussing a mutual defense treaty that would further cement the already “tremendous” alliance between the two countries, President Donald Trump has revealed. “I had a call today with Prime Minister Netanyahu to discuss the possibility of moving forward with a Mutual Defense Treaty, between the United States and Israel, that would further anchor the tremendous alliance between our two countries,” Trump tweeted. Trump voiced not-that-veiled support for Benjamin Netanyahu ahead of the upcoming parliamentary elections in Israel. “I look forward to continuing those discussions after the Israeli Elections when we meet at the United Nations later this month!” Trump wrote.
Source: God help us! Trump says US, Israel discussing mutual defense treaty