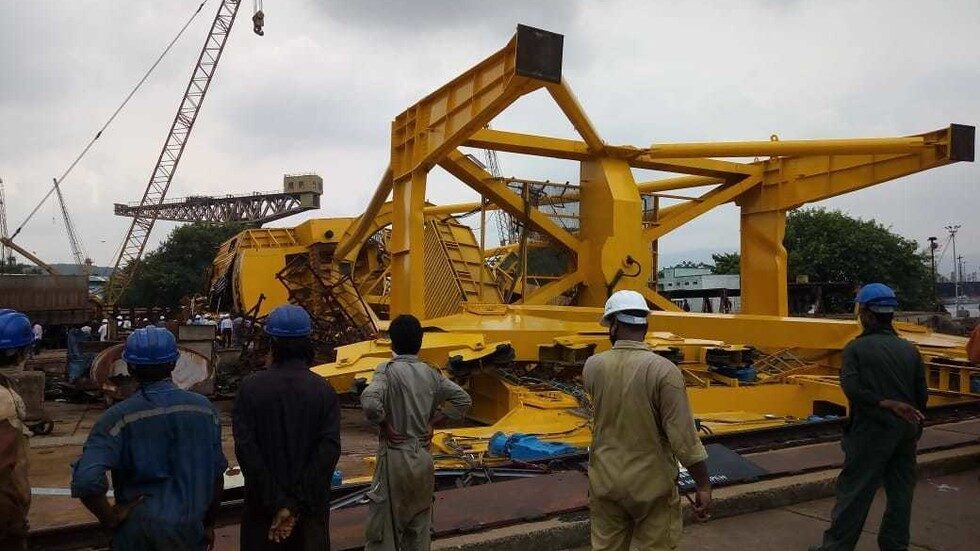 At least eleven people were killed after a large industrial crane toppled over at a shipyard in India. Rescue workers are still trying to save those trapped in the wreckage, according to reports. A short video shows the heavy-duty yellow crane at the Hindustan Shipyard in Visakhapatnam falling over on its side, creating billows of dust as it came crashing down. The crane was undergoing load testing when it collapsed, local media said, citing a trade union leader. Several bodies have already been pulled from the rubble and ambulances are on standby to rush survivors to the hospital. Officials are still trying to determine how many people were at the worksite when the accident occurred, and they have reportedly warned that the number of casualties could increase. First responders at the scene are still trying to free trapped workers.
Source: Giant crane collapses at Indian shipyard, killing at least 11