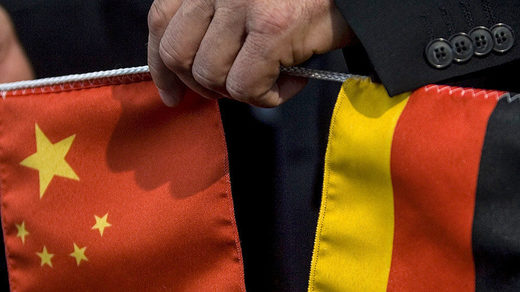 Germany takes its own approach to relations with China and won’t bow to US demands and pressure over unrest in Hong Kong, analysts told RT, as Chancellor Angela Merkel heads to Beijing to talk trade. f Merkel arrives in China for a three-day visit on Thursday. Accompanied by a large trade delegation, she is seeking to close on the EU-China Comprehensive Agreement on Investment – but with anti-Beijing protests still raging in Hong Kong, the chancellor has been warned by the US that this is no time to do “business as usual.” The Trump administration has been waging a trade war against China, with the president constantly slapping new tariffs on Chinese imports and declaring that China’s economy will “crumble” when he “wins.” Policy not dictated by US or Hong Kong protesters
Source: German policy on China trade won’t be decided by ‘people who throw Molotov cocktails’ in Hong Kong