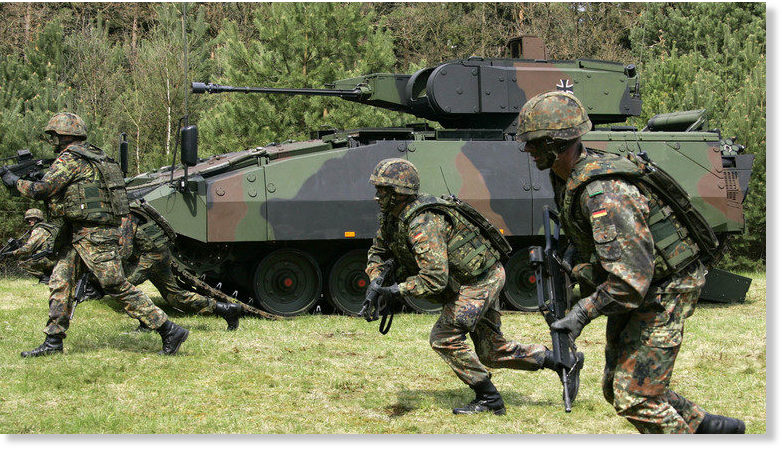 The shortage of operational infantry fighting vehicles (IFVs) in the Bundeswehr is now so bad that soldiers are officially advised to use cars during training, a media report claims. Confidential army documents obtained by the Bild newspaper suggest that military units lacking the necessary equipment should work out “alternative solutions” and find “innovative training opportunities.” The recommendations, according to the outlet, literally suggest that motorized infantry battalions who do not have enough operational IFVs should replace them with ordinary cars and then tell soldiers to pretend they are jumping out of armored carriers.
Source: German army lacks infantry fighting vehicles, some soldiers forced to use CARS during drills  –  media