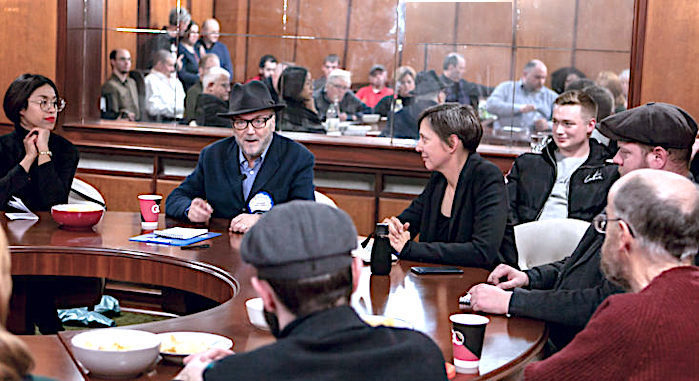 Following the failure of Jeremy Corbyn to be elected as the new Prime Minister of the United Kingdom, boisterous George Galloway, host of the Mother Of All Talk Shows on Sputnik, has launched the Workers Party of Britain. The ardent supporter of Palestine, Venezuela and Cuba is known for his no-nonsense attitude towards his radio hosting and politics, and has targeted “identity politics, including sexual politics,” as a means that “divides the working class.” The Labour Party’s constant pandering towards identity politics has created a split between traditional socialists and those who confuse liberal values as socialism. The Worker’s Party of Britain has made it clear that this is not a part of their ideology.
Source: Galloway launches Workers Party of Britain to oppose identity politics, NATO, support BREXIT