May 20, 2019
French police negotiating with suicidal man who climbed Eiffel Tower forcing its evacuation and shutdown 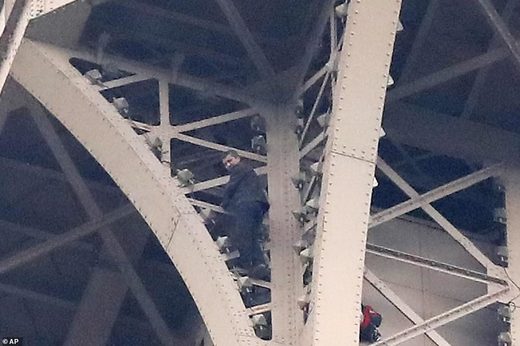 The Eiffel Tower, which is considered to be the French capital’s major symbol, is visited by several millions of people annually. Despite media reports claiming that the man who climbed the Eiffel Tower earlier in the day was arrested by police, he is in fact still at the top of the tower and is reportedly threatening to commit suicide. “He is sitting on the third floor of the tower at the moment and is threatening to commit suicide”, BFMTV broadcaster said. The identity and the motivation of the “freerunner” remain unknown. Earlier on Monday, the Eiffel Tower was evacuated after a man was seen climbing the tower. The authorities have advised people to postpone their visits until further notice. According to Twitter users, police have cordoned off and secured the area, and are negotiating with the man.
Source: French police negotiating with suicidal man who climbed Eiffel Tower forcing its evacuation and shutdown