January 23, 2019
French President Emmanuel Macron’s push for what he previously called “a real European army” got a big boost on Tuesday amid France and Germany signing an updated historic treaty reaffirming their close ties and commitment to support each other during a ceremony in the city of Aachen, a border town connected to Charlemagne and the Holy Roman Empire. But the timing for the renewal of the two countries’ 1963 post-war reconciliation accord is what’s most interesting, given both the rise of eurosceptic nationalism, the uncertainty of Brexit, and just as massive ‘Yellow Vests’ protests rage across France for a tenth week. 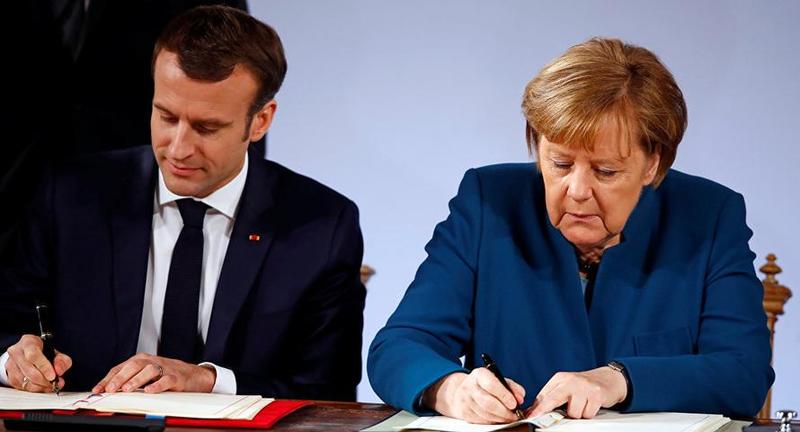 Macron addressed this trend specifically at the signing ceremony with the words, “At a time when Europe is threatened by nationalism, which is growing from within… Germany and France must assume their responsibility and show the way forward.”
more:
https://www.zerohedge.com/news/2019-01-22/europe-threatened-nationalism-france-germany-reaffirm-eu-army-plans-updated-treaty
More from AllMore posts in All »