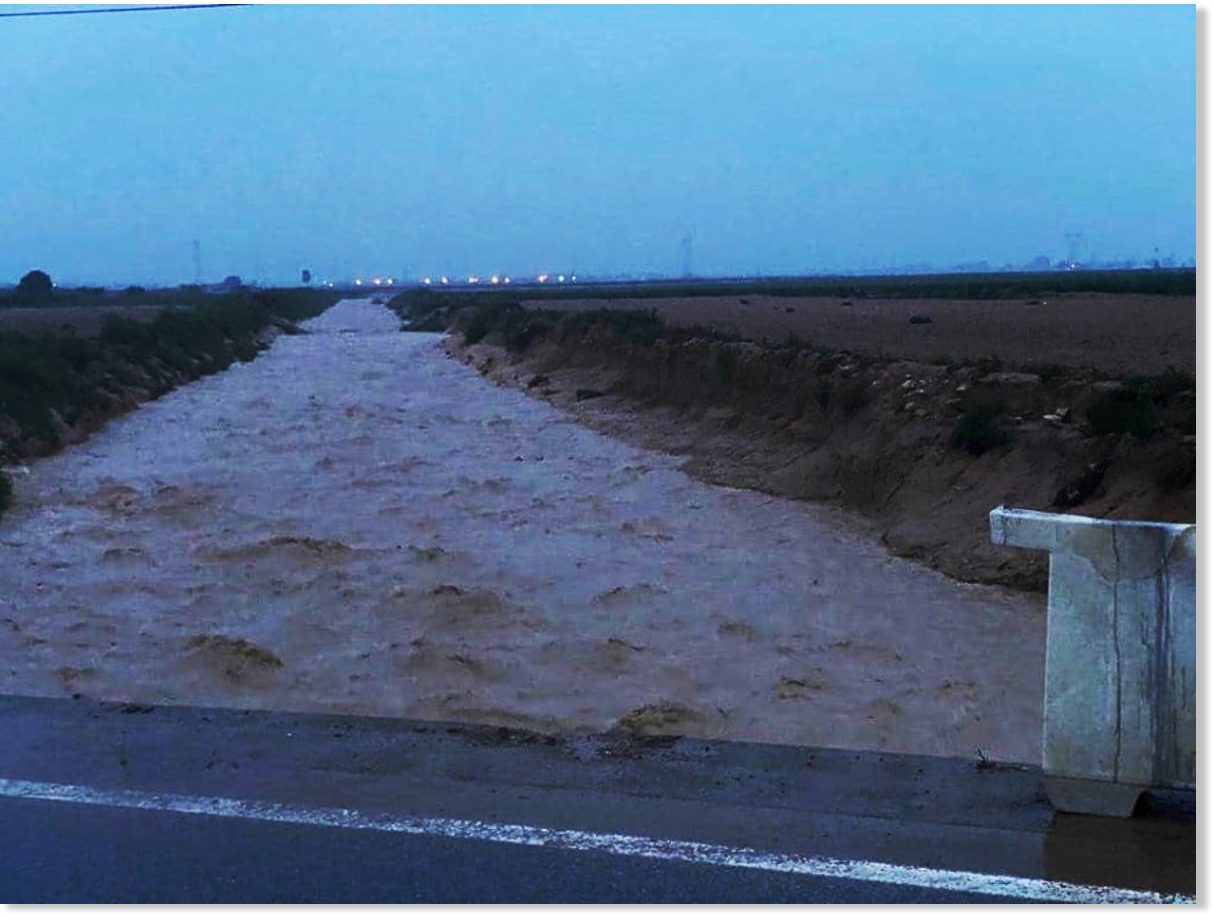 It is not the first time Spanish cultivation areas have been pummelled by lousy weather. This bad weather is moving over parts of Spain. There is rain in some places, and rivers flooding in others. Streets in, for example, Murcia, are flooded. In the southern part of the Alicante province, they have to deal with the impact of a new Dana or Gota Fria, making their way across the country. And it has snowed on the highest parts of the Canary Islands. This is according to reports in Spanje Vandaag. Some places in Murcia have received more than 100 liters/m2. This has been more than 50 liters/m2 in the province of Alicante. This rainfall was recorded in that province’s regions of Marina Alta and Vega Baja. There has been a lot of rain in the Valencia province and Almería too. The rivers there have, however, not yet burst their banks.
Source: Floods in Murcia, lots of rain in Alicante, and snow on Canary Islands adversely  impacting Spanish cultivation