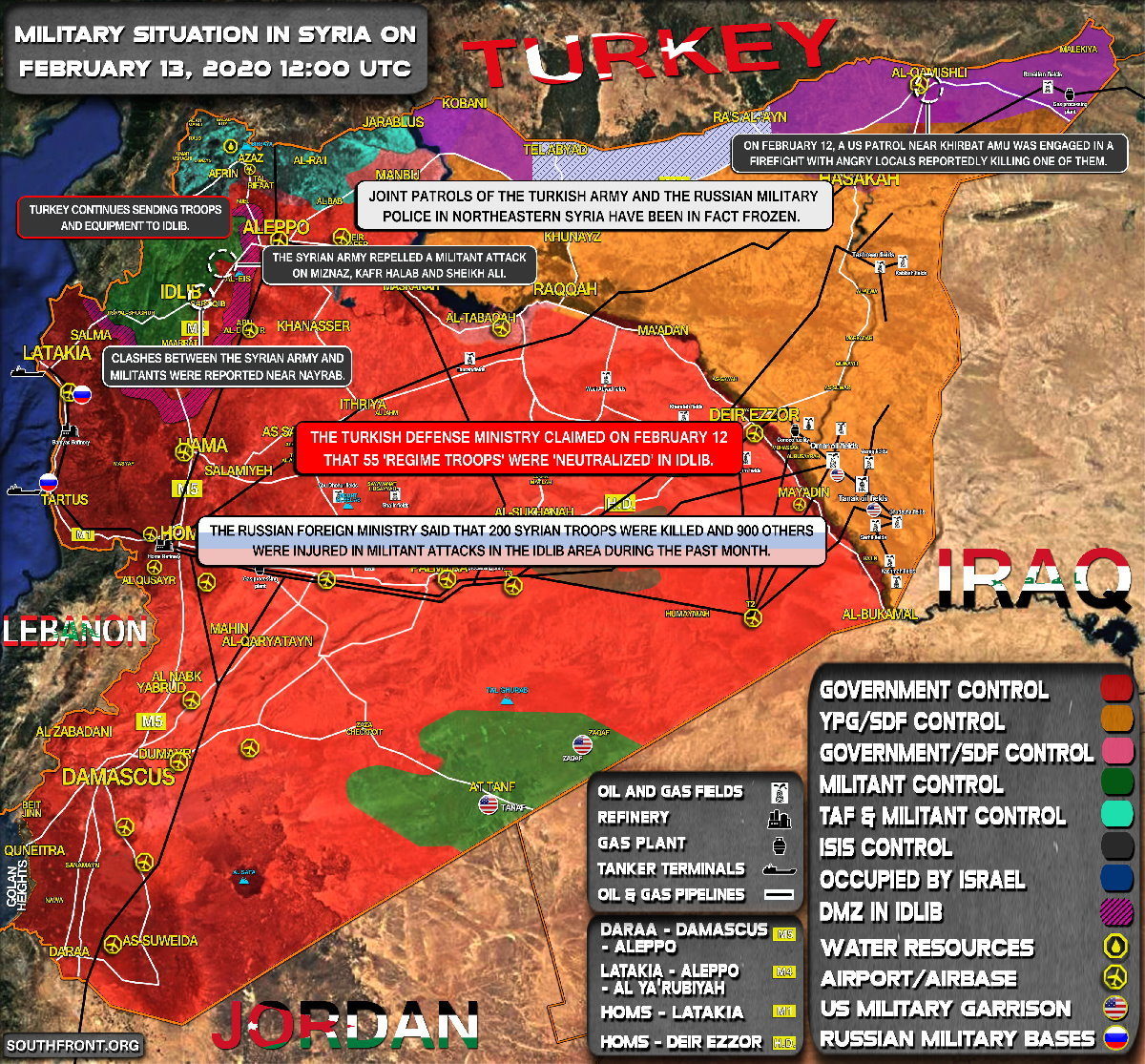 For the first time in about 8 years of the war, Syrian government forces have established control of the entire M5 highway, which runs from the border with Jordan through Damascus, Homs and Hama to Aleppo. During the first half of February 12th, the Syrian Army and Iranian-backed militias recaptured the Rashidin 4 district from Hayat Tahrir al-Sham and other foreign-backed al-Qaeda enthusiasts in western Aleppo. By the end of the day, pro-government troops had taken control of Khan Asal and entered the villages of Abu Shalim, Wadi Shuha andWadi Al-Kabeer. The Syrians also attacked “moderate beheaders” in Kafr Nuran, but were not able to break their defenses there. The interesting fact is that on February 10 army positions in the nearby area of Kafr Halab became a target of at least two suicide bombing attacks. Apparently regular suicide bombings conducted by members of Idlib groups are a strong signal of their democratic ideology.
Source: Flick on the nose to Turkey: Syria secures entire Aleppo-Damascus highway