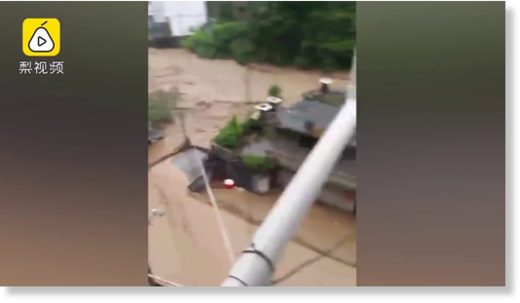 On August 3, 2019, short-term heavy rainfall occurred in the Baihe area of ​​Shaanxi Province, causing various towns to be affected to varying degrees. A house was destroyed and the towns such as Kazi and Zhongchang were the most seriously affected. The traffic, electricity, drinking water and communication in 8 villages in Kazi Town were all interrupted. As of 14:00 on August 4, 1 person was killed and 3 people were injured due to the disaster.
Source: Flash floods hit several towns in ​​Shaanxi Province, China