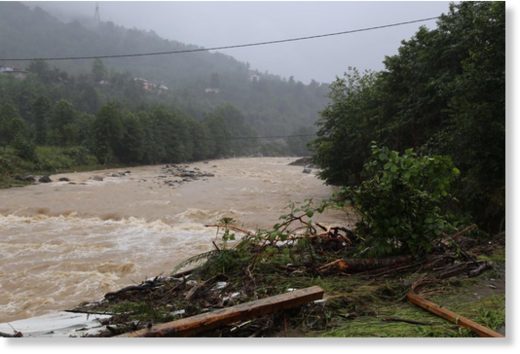 One person is missing after flash floods hit Rize Province in the Black Sea Region of Turkey on 04 August 2019. In a statement, the region’s governor Kemal Çeber said that 120mm of rain fell in 4 hours, flooding areas around the city of Rize, capital of Rize Province, inundating roads and buildings. Two vehicles containing 3 people were swept away by flood waters from an overflowing stream on the outskirts of the city. Two survived but one is still missing. Search and rescue operations are continuing.
Source: Flash floods hit Rize Province, Turkey – almost 5 inches of rain in 4 hours