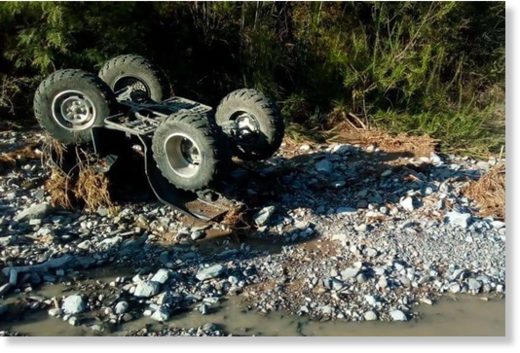 Search and rescue teams have recovered the bodies of eight tourists who were killed by a flash flood as they explored the Lima canyon in Parras, Coahuila, on Tuesday. State Civil Protection chief Francisco Martínez Ávalos said that strong rains Tuesday afternoon provoked a sudden flood in an area that seconds previously would have been dry. It swept away and drowned the tourists who were traveling in a van and an ATV. The state Attorney General’s Office said searchers had recovered the bodies of a 65-year-old man, a woman and four young boys and girls aged 14 to 19 after they were discovered yesterday by a teenager riding his horse through the canyon and another man.
Source: Flash flood kills 8 tourists on excursion in Coahuila, Mexico – 2 missing